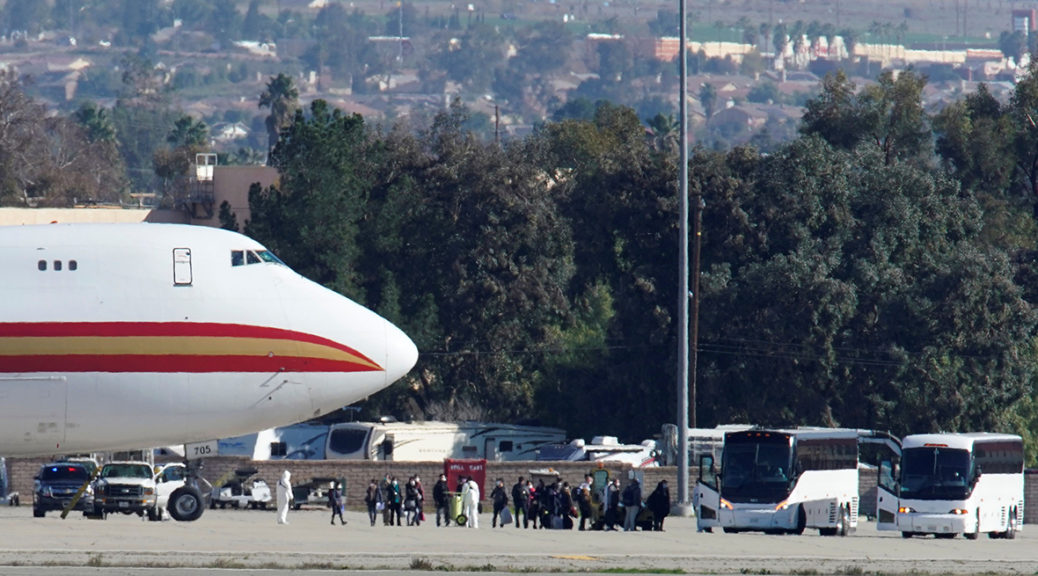 The Chinese Foreign Ministry accused the United States of «overreaction» to the outbreak of coronavirus and unwillingness to provide Beijing with substantial assistance in combating the infection.

The United States has deliberately “fanned the panic” due to the outbreak of the new 2019-nCoV type of coronavirus and is evacuating its citizens from China, instead of offering Beijing substantial assistance in fighting the spread of previously unknown pneumonia. This was stated by the press secretary of the Chinese Foreign Ministry Hua Chunying, reports Reuters.

The United States became the first country to start the evacuation, issued a warning about Americans traveling to China and forbade the entry of foreigners who had recently visited the PRC. In Washington, “panic spread continuously,” Chunying said, noting that the World Health Organization (WHO) opposed trade and travel bans.

“It is precisely such developed countries as the United States, which have sufficient funds to prevent epidemics, that have become leaders in setting excessive restrictions contrary to WHO recommendations,” the representative of the Ministry of Foreign Affairs noted. According to her, other states that are faced with the virus should make «reasonable, calm and scientifically sound decisions.»

Chunying said that amid the spread of the coronavirus epidemic, Washington «is moving from overconfidence to fear and overreaction.» “The US authorities did not help us, but they were the first to evacuate personnel from their consulate in Wuhan,” she said (quoted by Bloomberg). The ban on entry into the United States of foreigners visiting China in the past 14 days, indicates a violation of civil rights, and does not reduce the risk of contracting a new coronavirus, the Foreign Ministry said.

The day before, February 2, US Presidential Adviser on National Security Robert O’Brien said that Washington had offered China assistance from its leading healthcare experts, but this proposal has not yet been answered in Beijing. US Secretary of State Michael Pompeo said on Monday that authorities had decided to send “several more” flights to China to take their citizens out of Hubei Province, the epicenter of the outbreak. US President Donald Trump also said that the States are ready to provide Beijing with the necessary assistance to fight the coronavirus. “We offered China and Chairman Xi Jinping any help needed,” he wrote on Twitter, adding that American experts are “extraordinary.”

The outbreak began in Wuhan in central China in late December. The disease causing severe pneumonia has been reported in the USA, France, Australia, Japan, South Korea, Thailand, Nepal, Singapore. As of February 3, more than 17 thousand confirmed cases of the disease caused by coronavirus infection were detected in the world, including two cases in Russia. 361 people have died from a new disease in China.